VA Flat Roofers of Norfolk provides services for flat roof membranes made of vinyl or rubber called TPO, EPDM and PVC specifically.  Services we provide throughout this strategic military and transportation port city are flat roofing membrane repair, replacement and new installs. Other co-dependent systems we service or install are Drain and Gutter, Vapor Barriers which stops water vapor from the building rising up into the roof’s insulation and Insulation Board- ups the energy efficiency of the building below.  For those potential clients faced with failing BUR (tar & gravel) flat roofs that don’t want to deal with the horrid odor during repair or replacement, consider a superior TPO Flat Roof System.  We’ve done several BUR Flat Roof upgrades and can quickly do yours too.

Our clients comprise a diverse base of industries Manufacturing, Hospitality, Import and Export, Medical and many others. This wide client base gives us superior understanding of specific needs and building codes for each industry.  No matter your business or service you will not get a hurried incompetent flat roofing membrane system repair or install from VA Flat Roofers in Norfolk, VA. 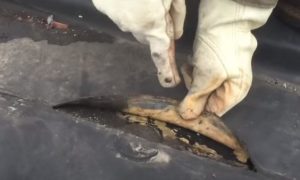 Periodic maintenance of a flat roof is necessary because of what falls, blows or crawls on will lay on the roof till somebody removes it to prevent punctures and allow it to reach its full lifespan. VA Flat Roofers of Norfolk advised that a flat roof should be checked after every severe storm and beyond that at least once a year- through 2 is better.  Our inspection is second to none.  We check the entire roofs surface paying particular attention to deterioration of seals around flashings of all roof vents, ponding water, blisters, pealing or cracks of membranes, debris, mold or mildew buildup and drains are tested with flowing water.

There are so many types of Flat roofing choices available today that it’s hard for a client to know which is best for your situation.  No Worries, VA Flat Roofers of Norfolk explains the positives and constraints of each Flat Roofing System which is very helpful to clients trying to wade through so much information.  We gladly offer free advice- just contact us for a consultation. 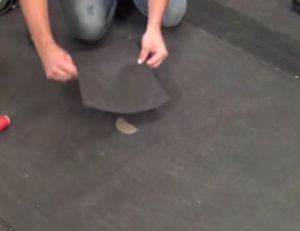 Single Ply Membrane roofing describes a built on the rooftop monolithic waterproof covering.  They are basically 3 types of membranes TPO, EPDM and PVC although within each type are several formulations providing for stronger protections- against Punctures, UV-Rays and fire resistance.

TPO Roofing a Thermoplastic Polyolefin flexible single membrane that when heated will soften and seal itself to a patch or overlapping seam- the installed membrane can also be re-heated to remold across a surface allowing for quick repairs.  Actually, TPO was developed as a less expensive alternative to the PVC roofing membrane that predates it. The TPO roofing system has quickly become a favored commercial roofing system because it’s a quick install, highly reflective to keep heat gain down and resistant to fire and Chemical vapors from manufacturing.  It’s attached to the rooftop by one of 3 methods full glue down, mechanically attached with special screw caps or weighed down with small round pebbles.

EPDM Roofing a flexible durable synthetic rubber roofing single ply membrane.  EPDM stands for Ethylene Propylene Diene Terpolymer and oil and natural gas figure largely in its manufacture so its cost will depend on the energy market.  EPDM does not become brittle over time under the sun like other roofing systems and can be modify easily when changes are made to the roof, such as installation of additional skylights or a new roof curb. Actually, in many cases an aged and damaged EPDM Flat Roof can be remediated through repairs and coatings into a reliable long-lasting roof protection system.  The rubber membrane is smooth out wrinkle free to prevent air pockets and then fully adhered by special strong adhesive. 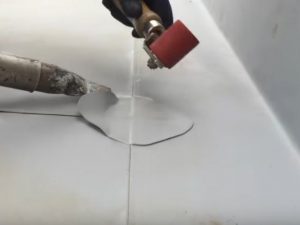 Leaks on a commercial roof are for the most part easily repaired.  We encourage property owners to quickly contact VA Flat Roofers in Norfolk to stop leaks before moisture damage increases.  For example, debris blown on the roof may have penetrated the single ply membrane, water removal drains may be blocked and vent and pipe flashings may need sealing.  Elusive leaks need an experienced commercial Flat Roofer for the often-lengthy search.  For example, layers of waterproof membrane may need to be peeled back to find a split or puncture, drain pipes sometimes needs disassembly to be cleared and critters could have chewed their way through weak areas of the roof- anywhere you have a vent or cable penetrating the roof.   Extensive careful inspections of an ailing flat roof is critical to a Professional Industrial Roofers correctly promoting valuable advice to potential clients.

VA Flat Roofers of Norfolk inspectors follow a complex checklist in the assessment of the troubled Flat Roof.  Some are common points of deterioration, environmental equipment in need of repair, debris removal, safety concerns and mold remediation.  We are determined to promote a cost-effective long-lasting repair to the fault in the roof or if repair is not advised a budget friendly replacement.  Inadequate repairs made by inexperienced or careless flat roofers can lead to further future costs to fix the previous repair. 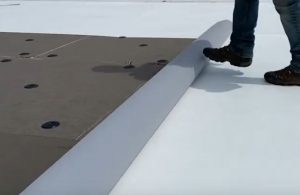 Replacing a roof often leads to complications of having to replace parts of the roofing deck or underlayment and most Flat Roofers expect some of this and build it into the cost.  Occasionally, a great portion of the roof deck needs replacement but most often an experienced flat roofer will suspect it and warn the customer.  Because of the complexity and overwhelming nature of replacing a flat roof, your much better off finding an expert flat roofer than suffering through someone else’s learning curve. 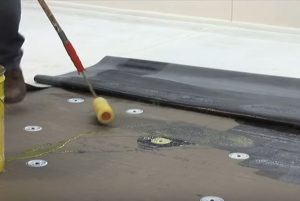 Replacement of an EPDM system in Norfolk VA

Within the last 4 decades, 20 billion-plus square feet of EPDM membrane has been installed on roofs in the USA and its likely many roofs in Norfolk, VA need replacement.  EPDM can be removed, transported to a recycling facility and ground into a powder substance. The recycled product is used to make walkway pads for new or existing flat roofs that reduces the wear and tear on the permanent membrane.

The new EPDM membrane are rolled out like a quilt on the rooftop, pulled flat and seams are sealed with special tape to provide a monolithic protection.  The membrane has to be mechanically fastened with long screws placed into plate like anchors or glued on to prevent lift off and protect the public from large falling sheets of rubber.  EPDM Flat Roofs have a lifespan of 30 to 40 years.

TPO Flat Roofs eventually need replacement because patches on patches becomes too frequent and then just don’t hold up.  TPO membranes are easier and faster to reinstall then EPDM because they are much lighter in weight which also means less labor costs.  TPO flat roofs have a lifespan of 20 to 30 years.

Owners with commercial buildings that have old leaky Tar and Gravel roofs dreading having to deal with its replacement because of the probable business downtime consider switching to a single ply membrane.  We have converted several BUR flat roofs to TPO or EPDM and know exactly what’s necessary for success.  Some of the Benefits are: 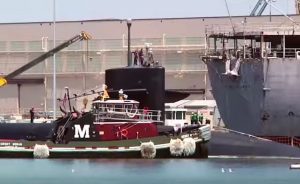 A city on the Chesapeake Bay in Southwestern Virginia home to the world-famous Naval Station Norfolk the largest US Navy Base in the World.  At a estimated population of 242,803, it is the second most populous city in Virginia.

The Natural Harbor has a long history as a strategic military and transportation hub which greatly influenced the one of NATO’s two Strategic Command Headquarters.  The City is bordered by several bodies of water, and enriched by many miles of riverfront and bayfront property, and many beaches on the Chesapeake Bay. Transportation is served by an extensive network of interstate highways, tunnels, bridges, and the only 3 bridge-tunnel complexes in the USA.

There over 100 Neighborhoods in the city some are Ingleside, Grandy Village, Broad Creek, Lamberts Point, Coleman Place and Downtown Norfolk. Healthcare industry employs 13.5% of the population, Retail 11.62 and by the armed forces. The city draws visitors and locals to the busy inlets and bays making Norfolk’s financial well-being centered on Sea Faring industries. 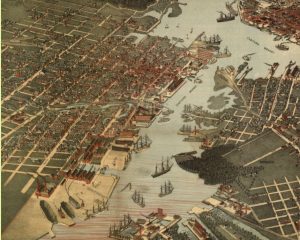 Elizabeth River is a deep channel course with many natural harbors protected from storms that led to the development of Norfolk on the east bank and Portsmouth on the west.  Though the shipyards are named Norfolk they are located in Portsmouth and have never been in Norfolk’s city boundaries. However, the cities are very close and share a common navel history bond and commerce.  The Norfolk Naval Shipyard started out as Gosport Shipyard sometime before 1761 as a private business run Andrew Sprowle to repair seafaring ships Tabaco merchant and British Navel.  Sprowle’s lands were seized by Virginia during the Revolutionary war because he was a Loyalist.  Virginia sold some of the properties but they did retain the shipyard boundaries and expanded them.  The Federal government brought the shipyard which consisted of 16 acres in 1801 now it encompasses 819 acres.